Ask Question
Asked 8 years, 1 month ago
Active 8 years ago
Viewed 247 times
6
votes
$\begingroup$
Locked. This question and its answers are locked because the question is off-topic but has historical significance. It is not currently accepting new answers or interactions.

Disclaimer: The purpose of this thread is having a bit of end of the year festive season fun, nothing else. It can be construed as one of the most pointless exercises in misplaced vanity, in which case here's a link to our main site, thefinalfrontier.stackexchange.com for your convenience, or a proper giggle inducing fun. The choice is yours, but I assure you, nothing about it is sexist. We'll be exclusively rating the beauty of space exploration related hardware, not people or any other living beings, and the title is as such merely because I couldn't think of a better one at the time of writing this.

The title of The Sexiest Space Exploration Hardware of 2013 goes to ESA’s Swarm Constellation. By the end of the competition date, the winning candidate received 8 upvotes by the pageant judging panel, consisting of all Space Exploration Stack Exchange members with the privilege to vote. Shared second place runner-ups are Voyager 1 and JPL's Opportunity aka Mars Exploration Rover - B (MER-B), both receiving 4 upvotes. 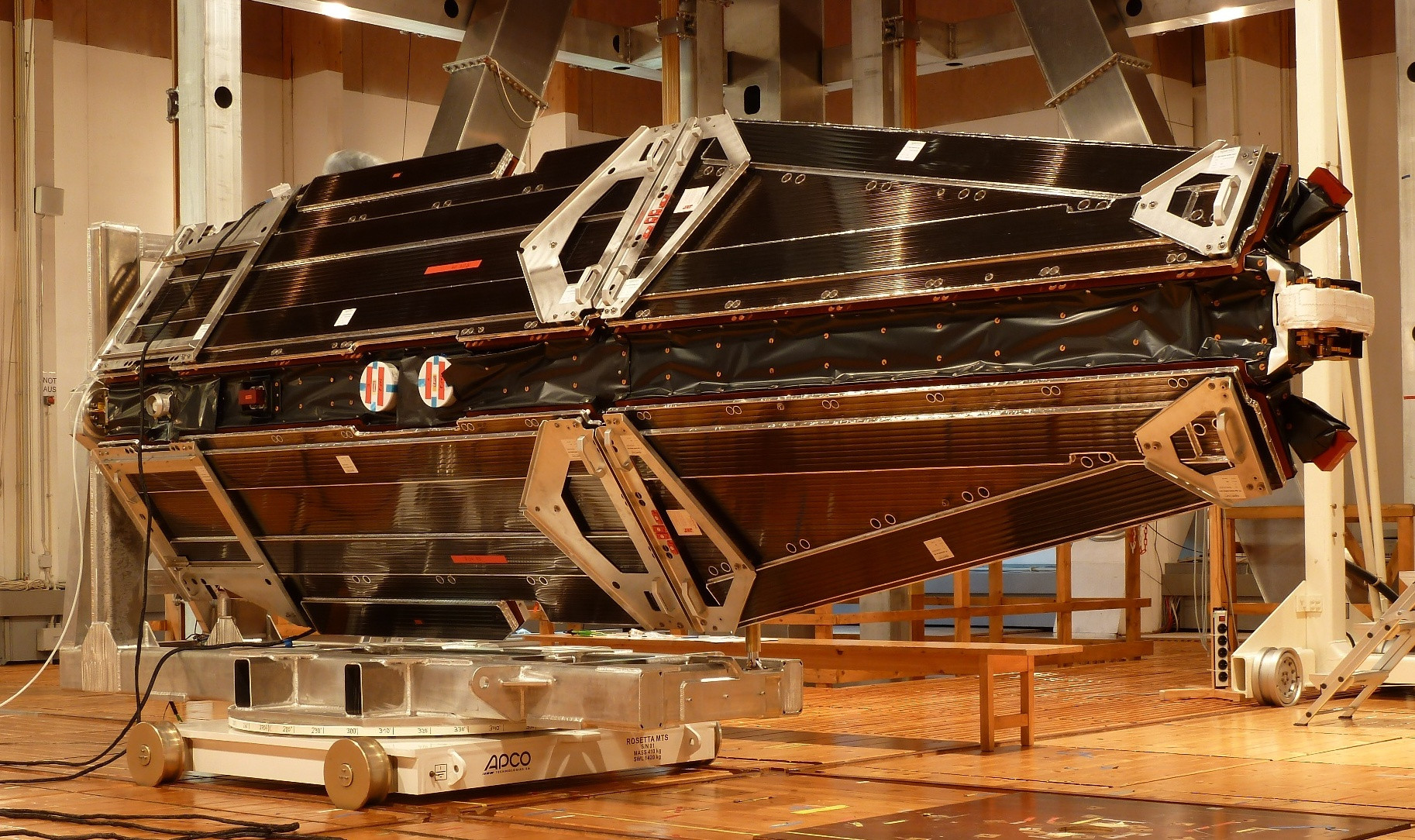 This attractive trio of aerodynamically streamlined beauties is equipped with magnetorquers for precision attitude control and are now already deployed in high-inclination near-polar Low Earth Orbit with their slender four-metre long booms gently swung to deployed position, housing a sensitive scalar magnetometer at the end of each boom ensuring utmost magnetic cleanliness. The satellites are healthy and all their vital systems are now turned on, providing scientists with valuable data on Earth's magnetic field. This petite, sleek planetary explorer is still doing work in the field. From Opportunity's landing in 2004 to the present, this hardy rover has given us numerous breathtaking images of the Martian surface, and other observations using its array of spectrometers and its microscopic imager. Voyager 1 is out of our heliopause, and though it is old, it is still operational .

Not the answer you're looking for? Browse other questions tagged discussion status-completed .