Is this particular close vote's reason absurd and the timing damaging to the site? Does this make us look silly?

I propose that the idea behind this particular close vote is absurd and the timing is damaging to the site.

The upcoming uncontrolled Long March 5B booster reentry is imminent (days) and is widely reported in the popular press because of it's particularly large size and mass compared to other recent uncontrolled reentries.

This is just the thing that induces folks to visit our site Space Exploration SE to see what's up.

The question Is it possible to know where the Long March 5B will be landed approximately? asks the perfectly reasonable question within its two sentence long body:

Is it possible theoretically to know where and when the Long March 5B will be landed approximately?

Perhaps the trigger-happy initial close voter saw the title and decided to skip reading the two short sentences that comprise the entirety of the body of the question.

I’m voting to close this question because it was asked prematurely. The correct answer for now is we don't know. The current answer is essentially we don't know. That answer will no longer be correct a day or two or three from now because there will be a predicted reentry point that will be fairly accurate by then.

Saying "We can't predict it exactly yet" is a comment, not a reason to initiate answer prevention just at the time that good answers can be posted.

If a fifth close vote happens and answering becomes blocked I think in this particular case the moderators should consider quickly reversing the close. Answer blockage at this time damages the site, makes participation more difficult and can turn away new users seeing that

Is it possible theoretically to know where and when the Long March 5B will be landed approximately?

can be rendered unanswerable by a few folks unwilling to read two whole short sentences past a title.

I feel this makes us look just plain silly!

Now that's what I think, now I'd like to solicit further views on this.

Question: Is this particular close vote's reason absurd, and the timing damaging to the site? Does this in fact make us look silly?

This event is so popular that N2YO is unable to keep up with traffic! I can't get a complete update of the website, been trying for hours.

N2YO can't keep up with the world's interest in this event, please let's not shoot ourselves in the foot and close a question of such potential interest to folks stopping by Space SE to see what we have to offer and how welcoming we are! 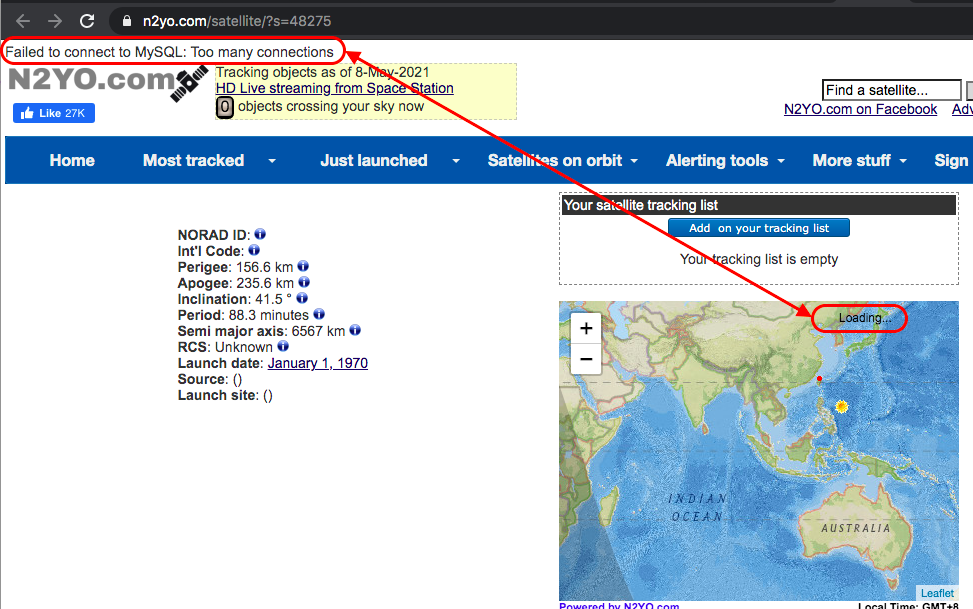 Stack Exchange websites are plagued with ill-informed close-votes. I believe the solution to this problem is having a “Vote not to close” option to counter the “Vote to close” before the question is closed, so that question viewers can counteract the deleterious ignorance/ineptitude of close-voters in such situations.

Not the answer you're looking for? Browse other questions tagged discussion specific-question close-reasons .

3
Should I remove a question based on an incorrect premise?
5
"Please invent my invention" or "Would X work?" questions; suitability and topicality?
2
Is "unclear what you're asking" close reason just a catch-all for your own close reason, or does it mean what it says?
2
What is it about this question that makes people want to close it despite the engineering-based answers?
0
Repeated false-flag comments and votes, how to respond/reply?
2
At what point does a question about what happens inside a rocket engine become absolutely off-topic? (rocket fuel reaction products chemistry)
1
How to determine on which questions the falcon9-r and falcon-9 tags do and don't belong?
12
"I’m voting to close this question because it belongs on Physics SE" is bad and here's why