Rosalind Franklin is no longer called "ExoMars rover", how to manage tags and titles of older questions?

Just like the "Solar Probe Plus" working title was changed to Parker Solar Probe, the "ESA Roscosmos ExoMars Rover" has now been officially named Rosalind Franklin.

We have over 60 posts that contain "ExoMars", and 14 questions explicitly tagged exomars.

Mission "official-renaming" will probably happen again from time to time, what might be a good way to proceed to manage tags and perhaps question titles as well, so that several years in the future people won't miss good posts because they're only found under ExoMars and everyone calls her Rosalind?

The UK-assembled rover that will be sent to Mars in 2020 will bear the name of DNA pioneer Rosalind Franklin.

The honour follows a public call for suggestions that drew nearly 36,000 responses from right across Europe.

Astronaut Tim Peake unveiled the name at the Airbus factory in Stevenage where the robot is being put together. 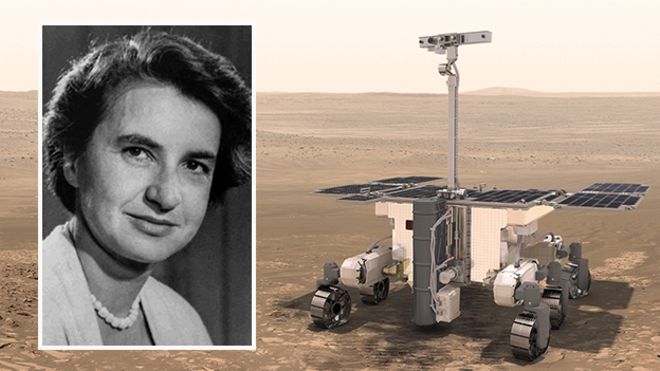 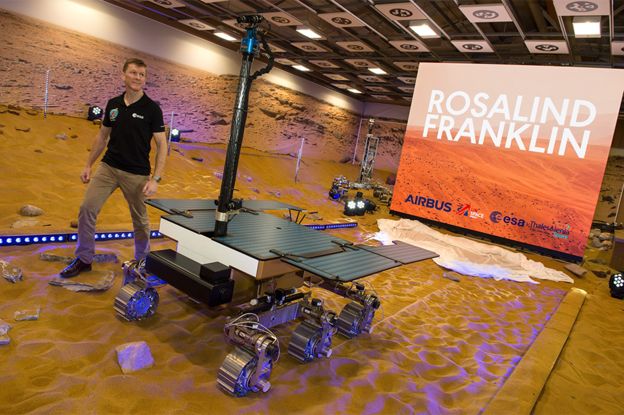 Summary: Tags should generally use the name most commonly used for the subject. If the standard terminology changes, than tags may be changed and appropriate synonyms created. Old posts do not need to be edited to update the terminology unless it becomes a source of confusion.

For now, ESA still seems to use "ExoMars" as an official title. So I suggest we hold off on any changes.

If Rosalind Franklin becomes the common/accepted way to refer to the rover, then we may consider renaming the tag, but I don't think editing the text or titles of old questions is necessary.

ExoMars is still the name of the ESA's program of robotic exploration of Mars. The rover is but one element of that program. http://exploration.esa.int/mars/46048-programme-overview/

Not the answer you're looking for? Browse other questions tagged discussion tags tag-synonyms .

3
Do we need both "scope" and "off-topic" tags on meta?
1
Can we make the [space-sickness] and [motion-sickness] tags synonyms?
1
Should the Electronics and Avionics tags be combined?
1
Should we merge launch-site and launchpad tags?
1
You say tomato, I say tomato, you say Ultima Thule, I say 2014-MU69. How to deal with dual names and tags?
7
Merge tags delta-iv and delta4
2
Should we clean up and separate 'attitude' and 'attitude-determination-and-control' questions, or just further merge these last two tags?
1
How to determine on which questions the falcon9-r and falcon-9 tags do and don't belong?